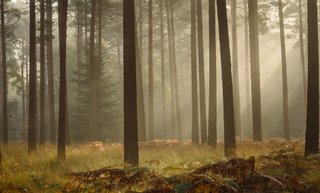 Born at the age of forty, and half a century too late, Bernard Stacey avoided expulsion from school and found himself, some years later, unexpectedly in possession of a medical degree and also with an urge to write.

For reasons he cannot remember, he found himself serving in Her Majesty's Forces for a time though now ekes a living tending to the sick.

Literary composition is somewhat curtailed by his current employer's quite unreasonable expectation that he attends work every day but despite these intolerable demands he still finds time to pen a line or two and he reads whenever not asleep or drinking. He lives in the heart of the New Forest with his wife and daughter and drives what he fondly imagines to be a Bentley but is manifestly nothing of the sort.

Mine is another voyage (Bosola, in The Duchess of Malfi)